I'm working on something else now, so I'm being lazy and just printed out parts of diorama instead of making it by myself. The theme for today is "balloon". Since I didn't have any in a doll size I used some plastic christmas ornaments.Lets pretend it looks like balloons :P 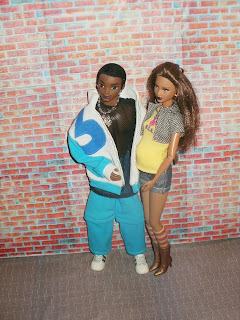 On they way to city center Tre and his girlfriend has spotted many people carying small bags, balloons or both. 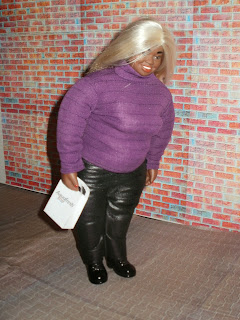 Here is one of such persons. Unfortunately she was too far from them to read what was written on the bag and they didn' want to be catched gawking at her. 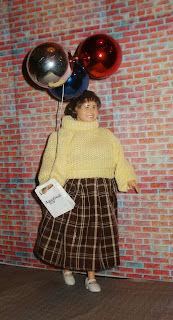 Tre: Another one...Balloons are in color of Pepsi's logo, must be some promotion or something! 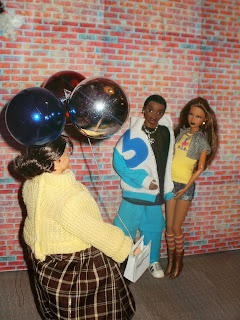 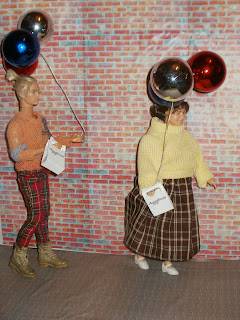 Tre: I will ask that guy! 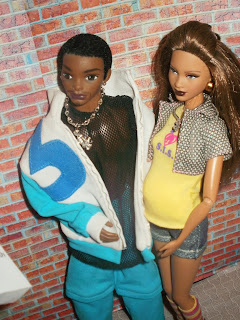 Tre: Yo man, is there some Pepsi promotion over there or what? 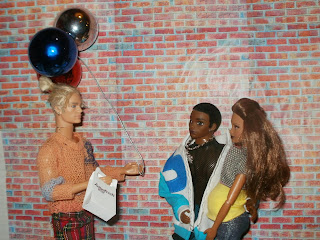 Mike : Sorry man, it's just Aquafresh promotion. They are giving balloons and stuff.
Tre: But is it for free? 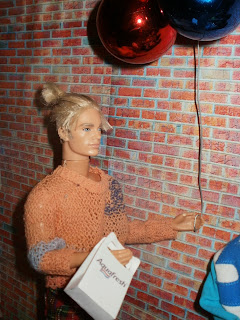 Mike: Sure it is, man! I wouldn't get it any other way!
Tre: Thanks man!